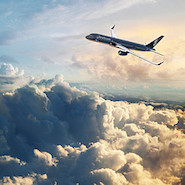 “Culinary Discoveries,” “International Intrigue” and “Extraordinary Adventures” will take a select handful of consumers on themed journeys across a number of countries in Four Seasons’ private jet. Although only the wealthiest few will embark on the trip, its visibility and exclusivity will resonate throughout the brand.

Around the world in three weeks
The headlining itinerary is the Culinary Discoveries journey, developed in partnership with chef René Redzepi and his restaurant Noma, in Copenhagen, Denmark. The three-week journey will trace food influences and cultures from Asia into Europe, with fine dining as well as trips with chefs to the local markets to learn how to recognize the best of what is in season.

The journey, slated for May 27 through June 14 of 2017, will begin in Seoul, South Korea and then travel to Tokyo, Hong Kong, Chiang Mai in Thailand, Mumbai, Florence, Lisbon and Copenhagen before concluding in Paris.

In Seoul, a private dinner gives way to visiting the Jin-Kwan temple to learn how to prepare temple food. In Tokyo, attendees will forage outside the city with chef Namae Shinobu before enjoying a private meal at L’Effervescence, his Michelin-starred restaurant.

Street food and cooking classes will highlight the time in Hong Kong, while Chiang Mai will let guests opt for time in Thai markets, embark on elephant treks and enjoy another private meal. Heading down to Mumbai aboard the jet, guests will be greeted with Mumbai’s distinct aromas and delectable street food before heading to Europe. 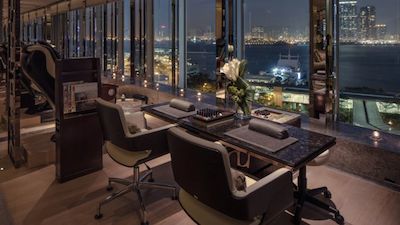 Florence will kick-off with a meeting with winemakers in the Chianti countryside, then move on to a dinner with the retired chef Fulvio Pierangelini, who will cook alongside his son exclusively for Culinary Discoveries passengers.

In Lisbon, passengers will enjoy gala dinners and a tour of the Mercado da Ribeira, while Copenhagen will feature more foraging and then a private dinner at Noma. In Paris, the trip will conclude with a farewell dinner at Le Cinq, the Michelin-starred restaurant that calls Four Seasons’ hotel home. 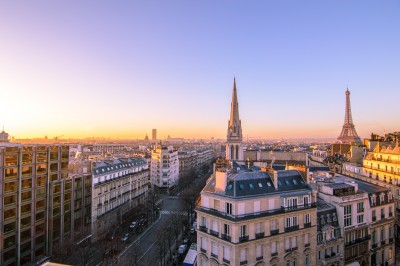 For those more interested in exploration, the Global Getaway from March 1 to April 8 of 2017 will take passengers from Singapore to Miami via Thailand Koh Samui island; Dubai, United Arab Emirates; Budapest, Hungary; Nice, France; Lisbon; Nevis and Bogotá, Colombia. Camel riding, Formula 1 driving, gala dining and coffee tasting will feature on the trip. 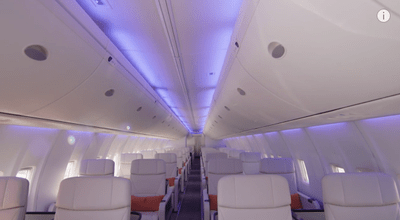 Although the price point ensures that even some Four Seasons regulars will not be able to afford the trip, it will likely make fans for life of a select few, and the trip will solidify the brand’s exclusivity and dedication to its consumers in the minds even of those who cannot partake.

What an experience
Four Seasons has also appealed more directly to private jet owners through other means.

The tour operator used the hotel brand’s jet to transport travelers embarking on one of its “Secret Escapes,” a series of bespoke itineraries that journey to locales such as the Great Barrier Reef, Bora Bora or the Serengeti Plain. This expands the impact that Four Seasons’ private jet can have on affluent travelers beyond that of the chain’s own planned trips (see story).

Other hotels are also going the extra mile to offer an unrivaled experience that will linger in the consumer’s memory long after it completes.

Waldorf Astoria Hotels & Resorts is offering an Unforgettable Experience at each of its 25 locations worldwide.

In addition to activities and engagements unique to each locale, Waldorf Astoria is pushing its “True Waldorf Service” commitment, suggesting that unforgettable experiences start with the brand and extend beyond the packages. The offer aims to compete with similar deals from its peers, establishing consumer loyalty and reinforcing the brand’s commitment to great service and experiences (see story).