In the last six years alone, Chanel handbags have increased in value by more than 70 percent, according to a new report by Baghunter.

The French atelier’s pricing strategy appears to not be determined by inflation, but by factors such as increasing profitability and maintaining Chanel’s illustrious exclusivity. In its “Chanel Bag Values” study, Baghunter found that Chanel’s Medium Classic Flap handbag, the main subject of the report, has outpaced the rate of inflation since it was introduced in 1955. 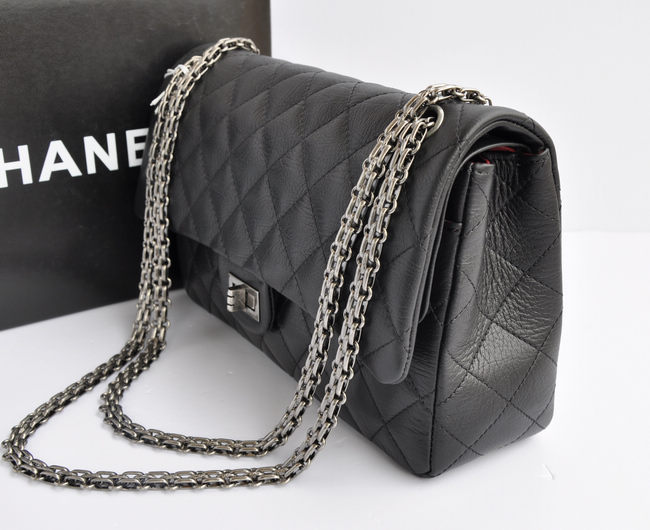 “Chanel is very much viewed as an ultra-luxury brand and is positioned at the very top of the luxury industry,” said Evelyn Fox, CEO of Baghunter. “This position allows the company to dictate their own pricing structure without the fear of pricing themselves out of the market.

“Over the last two years, price harmonization has impacted the value of Chanel handbags in the secondary market specifically,” she said. “Whereas entrepreneurial resellers could once have purchased Chanel bags from one country for half the price of the same bag in another country, charge a slight mark-up, and make profit while the customer also saves money, price harmonization has all but eliminated this practice, increasing the value of Chanel handbags at the same time.”

Bag It, Tag It
To track the value increase of Chanel handbags, Baghunter looked specifically at the Medium Classic Flap Bag because it is the oldest and most consistently available bag in the brand’s offerings.

Chanel introduced the Medium Classic Flap Bag in 1955 with a market retail price of $220. Decades later in 1990, Chanel sold the handbag, mostly unchanged in design, for $1,150.

The pricing increase between 1955 and 1990 are to be expected, and can be explained by inflation, rising material costs and the cost of labor. But, Chanel’s price increases since the early ‘90s have been determined by other factors.

The estimated price, in relation to inflation, comes out to be approximately $3,000 less than Chanel’s current asking price of $4,900.

This example shows that Chanel’s handbags are not affected by inflation. If the brand and its accessories category were impacted, Chanel would have had to account for a number of financial depressions that have occurred since 1955, such as the Energy Crises of the 1970s, the Dotcom Bubble in 2000 and Subprime Mortgage Crisis between 2007 and 2009.

Chanel’s pricing tactic is not exclusive to the Medium Classic Flap Bag. Across the category, Chanel handbags have risen in price year-over-year since 2010.

Baghunter suggests that due to Chanel’s price harmonization strategy the atelier’s pricing will continue to increase throughout 2016.

Prior to Chanel’s price harmonization last year, the brand was known for regular price increases. Baghunter found that Chanel’s Classic Medium Flap Bag in black lambskin increased by 40 percent in five years from $2,850 in 2010 to $4,900 in 2015.

Steep price increases have also occurred in a much smaller window of time for Chanel’s signature handbag the Boy Bag. For example, the Small Boy Flap Bag, introduced in 2012, originally went to market for $2,500 with the medium version retailing for $3,200. By 2015, the small version increased in price to $4,300 and the medium to $4,700, a 40 percent and 30 percent increase, respectively.

On-trend Opportunities
Chanel clearly prices its handbags by its own rules, paying little mind to increasing costs and general inflation. This has allowed Chanel handbags to perform well against other luxury goods, traditional investments and inflation over the same block of time.

To illustrate this point, Baghunter compared Chanel handbags to other investment opportunities to see how they measure.

During the time period examined, U.S. inflation was 8.7 percent, resulting in the handbag’s price increase at a rate of eight times faster than inflation itself. Likewise, housing prices increased by 8.1 percent and the S&P 500 by 13.2 percent.

This is particularly important for investors considering a Chanel handbag, as even vintage, lightly worn bags maintain a high percentage of value on the consignment market.

Similarly, the Hermès Birkin bag has proved to be a smart investment for affluents looking to diversify their assets portfolio.

Over the last 35 years, French leather goods brand Hermès’ iconic Birkin handbag has increased in value by more than 500 percent, according to a separate study by Baghunter.

During the 35-year period, Baghunter found that Hermès Birkin handbags have increased in value year over year. The handbag has offered an average annual value increase of 14.2 percent.

Unlike the S&P 500 and gold, the value of Birkin handbags has never decreased and has steadily and consistently increased. The handbag’s peak surge value occurred in 2001 when it increased in value by 25 percent, and the lowest increase was 2.1 percent in 1986.

“Both [Chanel and Hermès] represent excellent investment opportunities, however, Hermès Birkin and Kelly bags are capped in their yearly production,” Ms. Fox said.

“This makes them rarer and more collectable with the demand, stature, and price appreciation correlating to this,” she said.