How much do you really know about the Birkin bag? The Hermès Birkin has legions of fans, but there’s still a lot to learn about the world’s best loved luxury handbag. Are they really as rare as Hermès wants us to believe? Where was this piece of fashion history born? Which colors are the most popular? Find out the answers as we take you on a journey of the little known facts about the world’s most famous handbag.

10. The Illustrious Birkin was born on an airplane barf bag
Jane herself told the Daily Telegraph, “I remember it well. I’d been upgraded by Air France on a flight to London, and was sitting next to a man. I’m not quite sure what type of bag I had with me – when everything fell out of whatever bag I had, the man next to me said: ‘You should have one with pockets’. I said: ‘The day Hermès makes one with pockets I will have that’, and he said: ‘But I am Hermès and I will put pockets in for you’.”
I said, ‘Why don’t you make a handbag that is bigger than the Kelly but smaller than Serge’s suitcase?’ And he said, ‘Well, what would it be like?’ And I think I drew it on the sickbag – or the not-be-sick bag. And he said, ‘I’ll make it for you’.”

9. A Birkin’s size, color and texture are described in its name
The name Hermes Birkin Bi-Color Porosus Crocodile 35, indicates everything that a potential buyer may want to know. The two color design, the croc leather exterior and the 35 cm size.

8. There’s no such thing as a Himalayan Crocodile!
“Himalayan” refers to the white and brown color of the bag which supposedly resemble snowcapped mountains. The Hermès Himalayan Crocodile Birkins are made from the skin of Nile crocs which are found in parts of Africa.

7. The Birkin wasn’t always the Queen Bee of handbags
The bag made its debut in the big hair and power ballad era of the ‘80s but it didn’t really take off until the mid to late ‘90s when the grand craze of It Bags finally had women swooning over it. While the Birkin itself seems to carry a sense of history and legacy, Birkin fixation is not a very old phenomenon. The bag’s status was probably solidified in 2001 when it was featured on Sex and the City. After the episode aired, the bag’s actual waiting list supposedly tripled.

6. Jane Birkin receives a royalty for the use of her name
In the beginning Birkin agreed to be compensated with one Birkin every year in exchange for the brand using her name. These days, she is paid an annual royalty of £30,000 which the style icon donates to charity. A while ago, she had asked Hermès to take her name off the bag as a response to hearing about the unethical treatment of the animals whose skins are used to make the bags, but she ultimately changed her mind.

5. Each Hermès bag takes about 48 hours to make
Birkins are not made in an assembly line fashion where each element is taken care of by a different craftsman. Instead, just one artisan creator works on each bag from start to finish. This is the reason why it takes 48 hours, which is almost a full week of work to produce a single bag. 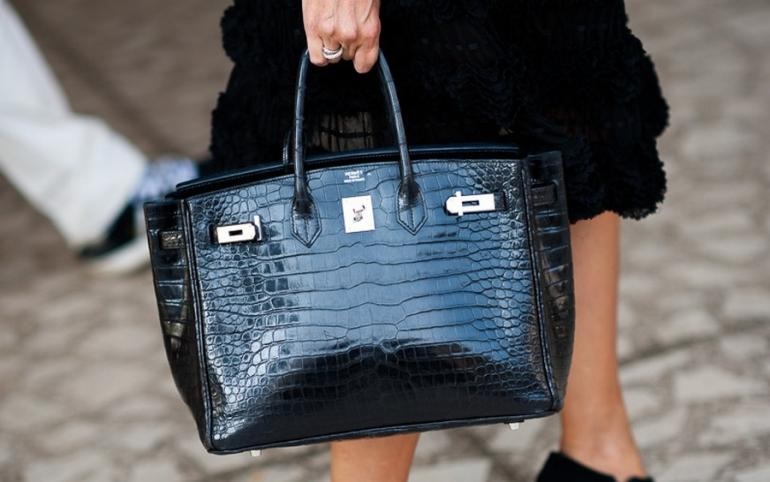 4. Birkins aren’t as scarce as you think
It’s something of an urban legend in the handbag world that the waitlist for Birkin bags is two years long. Some people have also mentioned having to befriend Hermès sales associates to be offered a chance to buy one. So what’s the truth Hermès? The benefit of living in the internet age is that these days it’s really easy to buy a quality second hand Birkin online or at auction. 3. A Birkin bag is a better investment than stock market shares
Just last year we learned that between the S&P 500, gold, and Birkins, the latter are the most sound investment earning an average annual value increase of 14.2 per cent without ever dipping. They also have an excellent resale value.

2. The most expensive Birkin in the world sold at auction for $377,000
The bag in question is a Himalaya Niloticus crocodile diamond Birkin 30. As the name suggests the bag features 18-carat white gold and diamond hardware and is now under the ownership of an anonymous buyer. 1. Birkins exist in around 25 shades of blue
Your imagination may be restricted to light and dark blue, but Birkin creators have created an entire spectrum of blues for Birkin lovers to choose from. In the 31 years that the Birkin has been around, the artisans have produced Birkins in at least 25 separate shades of blue. Some iconic shades are Blue Jean, Mykonos and Bleu Roi.