Taking to social media on Monday, 26 August 2019, Maps Maponyane shared a promotional video he shot for the new men’s fragrance by the luxury brand. The South African media personality and model, Maps Maponyane, is known for his charm and elegant fashion style.

He recently took to social media to share the ad which features the popular suit challenge with luxury brand, Hugo Boss. In a video which was shared on Monday, 26 August 2019, Maps can be seen wearing a navy blue striped suit from the luxury brand, over a plain white t-shirt and black dress shoes, which he accessorised with a gold chain, black wrist watch and black sunglasses. Maps shared on social media that the campaign is for the new Hugo Boss fragrance. 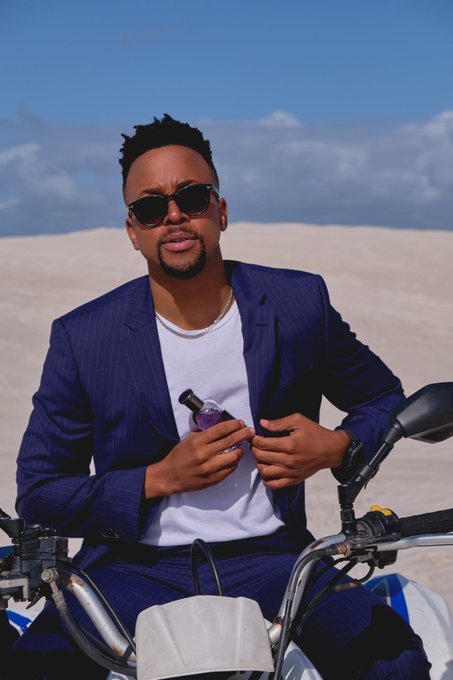 The South African media personality has partnered with the brand to shoot an ad that showcases him in a suit, quad biking in sand dunes. The campaign has been named the suit challenge and challenges men to showcase what extreme activity they can do while wearing a suit from the brand. 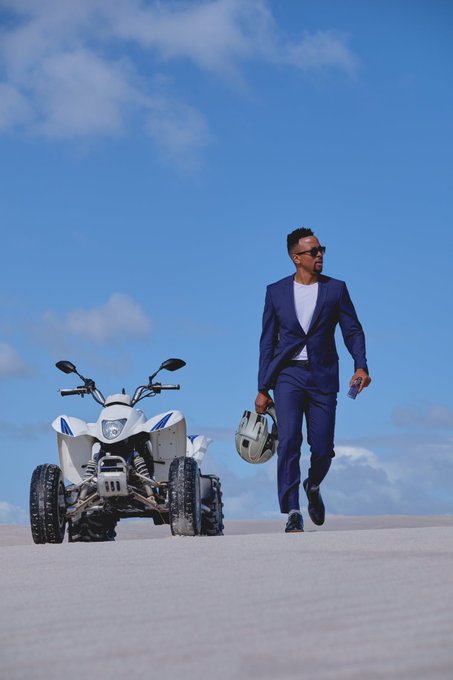 Social media users swarmed to the comments section of the Twitter post with compliments to Maps. Many female Twitter users complimented him for how he looks in a suit and his style. Some Twitter users expressed that the choice of activity for the ad was spot on and that he did the ad justice.

Maps Maponyane is currently in Istanbul, soaking up the sun. He took to social media to share images of himself wearing colourful summer clothing, featuring t-shirts and sandals.