Heritage and innovation seemingly battle against one another in the 21st century, but there is a symbolic relationship shared by the two forces worth exploring for luxury brands. 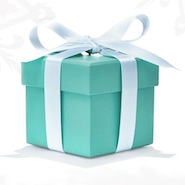 During the “Tiffany & Co. on Embracing Heritage and Innovation” keynote, the New York-based jeweler’s CEO explained to attendees at the FACC Luxury Symposium March 31 that technological innovations offer opportunity for luxury brands because at one time or another, their products, from watch movements to design, were deemed cutting edge. Using Tiffany’s year-old CT60 watch collection as an example, the CEO expressed the ways that despite so much innovation and fast-moving technology, consumers still yearn for products with staying power.

“Technology is forever building upon its latest and greatest, endlessly rendering itself obsolete,” said Frederic Cumenal, CEO of Tiffany & Co., New York. “Sometimes what matters the most is not what changes, but what doesn’t.

“Today, when the next technology of great means investing in yet another set of chargers and apps, we pine for what is lasting,” he said. “We long for beauty that lasts.

“So here, at technology’s side, is a rich opportunity for a heritage, luxury purveyor like Tiffany.”

The FACC Luxury Symposium was organized by the French-American Chamber of Commerce.

Inviting innovation
Launched last April, Tiffany’s CT60 watch collection was inspired by an archival piece, a gold wrist watch, gifted to United States president Franklin D. Roosevelt in 1945. But, the timepieces do absolutely nothing more than tell the time and features no bells or whistles.

The timepiece cannot “snap a selfie” or make dinner reservations, but the CT60 watch plays off the simplicity of its design, marked by roman numerals to capture classic American art.

Commonly, due to the rise of interest in wearables, today’s consumers have an expectation that new means the ability to take a video of a child’s first steps and receive email at the same time, as Mr. Cumenal humorously suggested. The instant-gratification crowd may be daunting for luxury houses, but there lies an air of opportunity as well.

Despite this behavior, Tiffany’s limited-edition CT60 timepieces, a series of only 60 watches, sold out in almost one minute. The jeweler sees this as definitive proof not of the paradox between innovation and tradition, but of the relationship shared by the forces.

As a brand Tiffany has seen its fair share of revolutionary debuts, from the Atlas clock above its New York flagship’s doorway to its use of sterling silver in its designs. Even so, the brand is not commonly mentioned when speaking of innovation for today’s standards.

Interestingly enough, Mr. Cumenal shared a story of how when Apple’s Steve Jobs invited photographer Diana Walker into his California home in 1982, one of the only pieces in his house was a stained glass Tiffany floor lamp. Offering an explanation, Mr. Jobs said that he does not allow anything into his home that does not meet his impeccable standards of design.

Counting itself as a creator of extraordinary beauty based on its legacy of design innovation and reverence, Tiffany’s heritage is interchangeable with art and design. As such, Tiffany is confident that great art will always hold great value for humankind, no matter where technology takes us in the future.

Similarly, Apple has based its design model on this same concept. The brand’s true genius is not necessarily in its computer science, but rather in its design and aesthetic. Referring to Apple’s “light, white, bright and pure” consumer electronics, Mr. Cumenal suggests that the same adjectives could be used to describe the perfect Tiffany diamond.

Battle of the innovators
A primary signifier of luxury goods is often if a product has been handmade by craftsmanship in a heritage workshop.

Contemplating a concept akin to Mr. Cumenal’s discussion of heritage and innovation at the FACC Luxury Symposium, Sir Jonathan Ive of Apple and designer Marc Newson argued the opposing side during Condé Nast International’s inaugural Luxury Conference in April 2015.

To his point, Sir Jonathan spoke of how all devices, even those in the technology space, have handcrafted elements. Backing up his claim, Sir Jonathan shared that Apple extensively researched the materials for its Apple Watch, especially its gold components, and feels that it is a false assumption to assume those in the technology space do not dedicate the same sense of quality to products as traditional luxury houses.

Mr. Newson added that the Apple Watch is put together by machines, but those machines are the tools of its craftsman just as a watchmaker has a tool kit and a seamstress a needle and thread.

Apple’s machines ensure that its products are consistently of a quality on par with its brand and consumer expectation. Sir Jonathan said that he finds a significant source of joy when designing products and it is that joy that informs the way Apple designs.

He noted that Apple does not think of its business as being part of the luxury landscape, since its focus has always been on designing better products.

Luxury’s contention with the technology brands of Silicon Valley is far from meeting its end.

“Tiffany introduced the engagement ring, the stained glass that Steve Jobs so loved in his lamp and we reinterpreted sterling silver into magnificent jewelry,” Mr. Cumenal said. “This is innovation, and this is the best kind of innovation because it lasts.

“And what after all is the point of innovation, but to make people’s lives better?” he said. “Some of that happens in technology — yes, absolutely, I’m not surrendering my iPhone — but just as much of this betterment happens in art and design.

“At Tiffany, it is our privilege to put more beauty and sparkle into people’s lives.”