Here are the top 5 picks of the most recent Knight Frank Luxury Investment Report.

Classic cars are being dethroned as the number one avenue for luxury investments, as high-quality wine makes its comeback, according to Knight Frank’s Luxury Investment Index (KFLII), which tracks the performance of a theoretical basket of selected collectable asset classes using existing third-party indexes.

For the first time in several years cars are no longer the outright top-performing asset in our Luxury Investment Index,” said Andrew Shirley, editor of The Wealth Report and head of rural research at Knight Frank.

Wine’s stellar performance was driven by exceptionally strong growth in key areas across the world and in particular the resurgence of the top Bordeaux chateaux, which form the backbone of most investment cellars, says Nick Martin of Wine Owners. The top Bordeaux blue chips drove the entire market, growing 9% to the end of June. Brexit turbo-charged the market due to the devaluation of sterling, feeding more positive sentiment into a market that had already been gathering significant momentum.

The first growths rose a further 18% between June and November 2016, resulting in an annualised performance of over 30%.”

Looking forward, Mr Martin believes Bordeaux will continue its upwards trajectory in 2017, although gains could be less broad based as buyers start becoming more focused on value.” he says.

Wine’s general success was in stark contrast to most of the other sectors in The Wealth Report, which showed the Luxury Investment Index reported an annual growth of just 2%.

For classic cars, “2016 was the year of the slowdown,” says HAGI’s Dietrich Hatlapa. For anybody not familiar with the market, that looks like a slightly downbeat claim as annual growth was still a very respectable 9%.

But set against total growth of 151% over the past five years, it is clear that the market has dropped down a few gears. “Those who were in it just for the money have moved on,” says Mr Hatlapa. “The market is now more in the hands of the collectors and specialists, which I think is good news for the real enthusiast.”

The most expensive car sold last year was handled privately by Simon Kidston, who set up the Kidston 500 another market-tracking index. The exact price achieved for the 1962 Ferrari 250 GTO (pictured below) has not been revealed, but it exceeded the highest sum ever paid at auction (US$38m for another 250 GTO sold by Bonhams) for a classic car and was possibly the biggest deal ever struck.

Jewellery – one of the other asset classes that feature in KFLII also produced some record-breakers in 2016.

The sparkliest was the sale of the Oppenheimer Blue, a vivid blue 14.62-carat diamond sold by Christie’s Geneva for the equivalent of almost US$51m, making it the most expensive jewel to ever sell at auction. 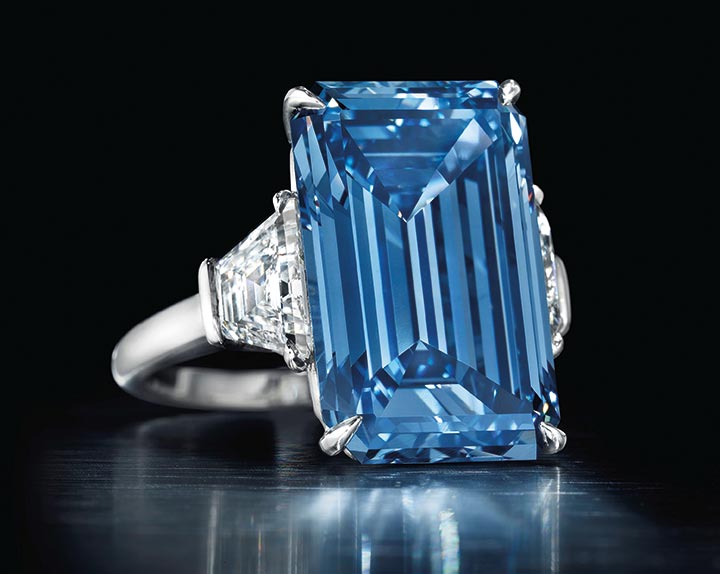 Blue seemed to be the colour of 2016. “This has certainly been the year of the Kashmir sapphire,” says Jean Ghika, Head of Jewellery for Bonhams UK and Europe.

“They have performed well at our auctions in London, New York and Hong Kong and are among the most highly prized gems for serious collectors.”

Male “jewellery” a.k.a watches also reached new heights. A rare stainless steel 1941 Patek Philippe ref. 1518 perpetual calendar chronograph with moon phases broke the record for the most expensive wristwatch sold at auction when it went under the hammer with Phillips Geneva for US$11m. Bonhams’ Global Head of Watches, Jonathan Darracott, says collectors are moving away from dress watches towards more functional timepieces, such as sports chronographs and military models.

This shift partly explains why indices tracking the market show more limited growth than might be expected, considering the increase in the number of people collecting watches, he reckons. “Some of the most popular watches today weren’t really considered that desirable when the indices were put together.”

European Impressionist painters, such as Matisse and Cézanne, saw the largest annual drop in the value of works sold at auction, while 19th-century artists like Constable and Turner rose by 19%. Modern and contemporary works, which have previously been the stellar performers in our art index, recorded drops of 8% and 2% respectively.

However, Viola Raikhel-Bolot, Managing Director of 1858 Ltd Art Advisory, says auction results are only part of the story. “They only represent 45% of the market and this year there has been reluctance among vendors, perhaps concerned by Brexit and other economic worries, to consign their best works to auction unless they really had to sell.”

Buyers at the lower end and middle of the market have also become more circumspect, she says. “Since the global financial crisis people have been much more wary of overpaying for things.”

By the end of 2016, however, the market looked more positive with November’s New York sales, which traditionally mark the end of the auction year, attracting strong bidding. The top price of the year was achieved by Christie’s when it sold one of Claude Monet’s iconic Grainstack paintings for US$81m, way above its US$45m estimate. 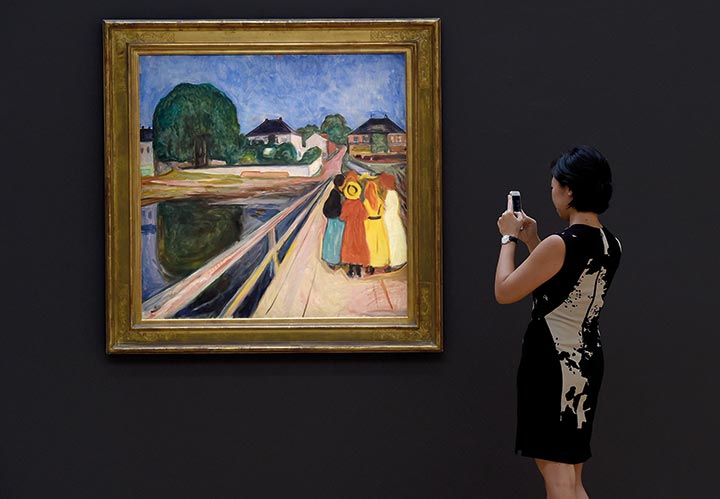 Other big sellers included Girls on the Bridge by Edvard Munch, which was sold by Sotheby’s for US$54m – a big jump from the US$31m it fetched when sold in 2008 – and Untitled XXV by the Dutch-American artist Willem de Kooning, sold by Christie’s for US$66m, a record for the artist. “

The full report and a more detailed analysis can be found on Knight Frank.