Valentina Sumini and her colleagues at the Massachusetts Institute of Technology (MIT) have just won the graduate division of a NASAcompetition to design a luxury hotel for use in space.

Sumini and the interdisciplinary MIT team designed the Managed, Reconfigurable, In-space Nodal Assembly (MARINA), a commercially owned and operated space station that contains a luxury hotel. The flower-like structure at the lower right of the rendering belongs to the hotel. 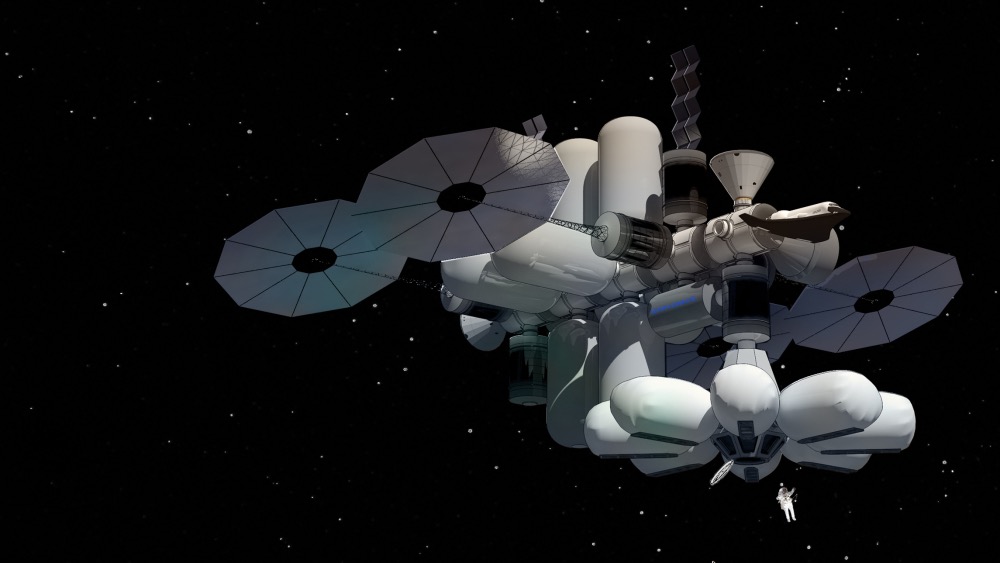 The hotel would float just about 100-1,200 miles above Earth’s surface, and be made up of eight inflatable rooms arranged in a circle, kind of like a ceiling fan, attached to a NASA space station at the center.

So, what is there to do at Marina? Guests will be able to don a spacesuit for a spacewalk if they’d like, enjoy dinner at the hotel’s bar or restaurant, or go for a workout in the gym, which is definitely a must-do in the weightless cabin. The gym will also reportedly feature projected images of the Moon and Mars before you as you work out as well as an Earth-facing window, so you can gaze back at the planet you left behind.

Marina will have four staff members: valet, a doctor, a cook who doubles as a personal trainer, and a media expert, who would ensure that your Skype calls go through and your Zero-G selfie posts to Instagram as you planned, to cater for up to 16 guests – so you’ll be sure to get individual care during your stay.

That said, now is bit too early to plan your out-of-this-world vacation. Even if work started on the hotel tomorrow, it would take about seven to eight years before MARINA would be ready to open its airlock to the first spaceship full of guests.

The cost for each guest comes out to $5 million for a two-week trip, including transportation there and back.