Swiss gem house De Grisogono is known for its otherworldly creations that are the epitome of class and bespoke craftsmanship. Its latest offering, which took a whole team of experienced artisans 1,700 hours over 11 months sets a new standard in the world of fine jewellery. “4 de Fevrio,” is a stunning 163.4-carat D colour flawless diamond that will be auctioned on November 14 at Christie’s Magnificent Jewels sale in Geneva. This will be the largest gem of its kind to ever make it to the legendary auction house and one that is sure to attract a lot of attention from wealthy buyers. 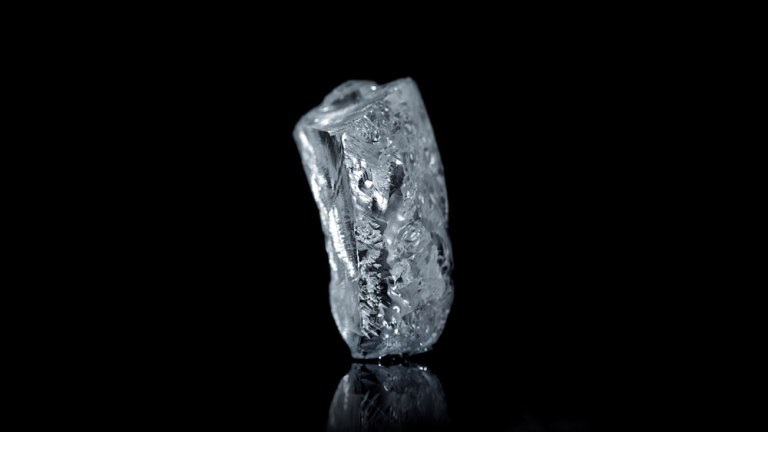 It was last year that De Grisogono enlisted their team of experts to begin the analysis of the gem’s 404-carat rough. The precious stone was unearthed in eastern Angola’s Lulo mine in February of 2016.  After months of study, it was Ben Green, a veteran 50-year diamond cleaver, who made the first cut in June of last year. In the months that followed, De Grisogono’s team managed to painstakingly angle each facet by laser and by hand. Fitting this record-breaking stone into a wearable piece of jewellery proved to be one of the more challenging parts of putting together this emblematic piece. 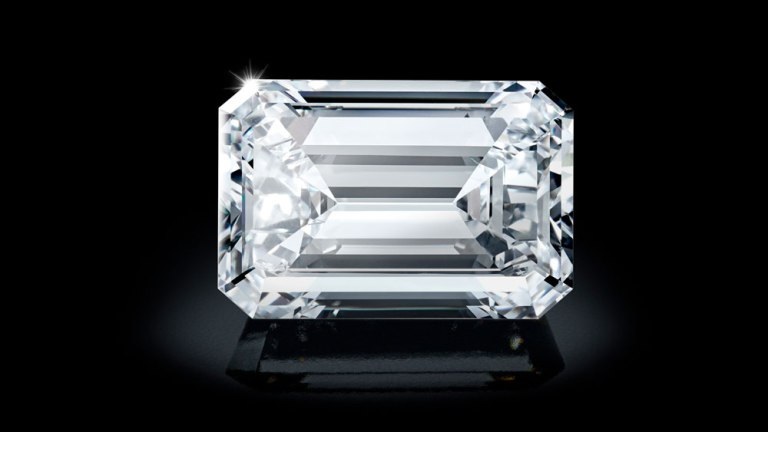 De Grisgono have expressed their fascination with the unlikely find, which presented the rare opportunity for their craftsmen to work with a 163.41 carat diamond of this quality. The design has been kept minimal and stylistically clean to ensure it doesn’t overwhelm the enormous diamond.

A dual colour scheme in green and silver complement the clear brilliance of the centre stone and blend in a composition of balance and elegance. A touch of creativity can be noticed in the asymmetrical arrangement with 18 emerald-cut diamonds on one side, rows of deep green, and the pear-shaped emeralds on the opposing side.

The price for this extraordinary piece is yet to be announced by Christie’s.