While Ivanka Trump is busy helping her father Donald Trump on the presidential campaign trail, her namesake clothing line is coming under major scrutiny. First, roughly 20,000 scarves were recalled by the CPSC for having an above-average burn risk in April and now her company is being sued by Italian shoe manufacturer Aquazzura for copying its popular “Wild Thing” sandal design. 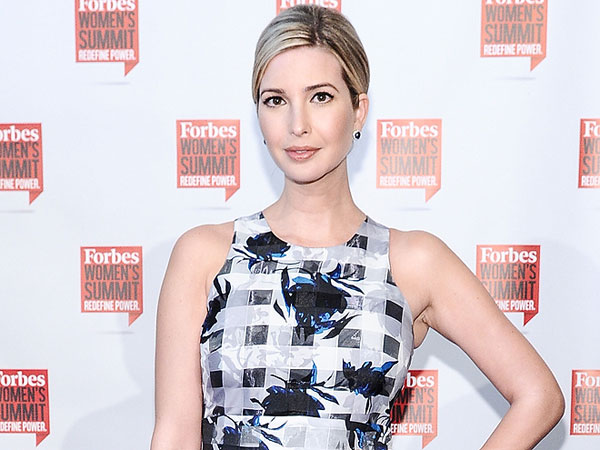 The shoe in question is a bright red ankle-strap sandal featuring a 4-inch heel with fringe adorning the toe-strap and ankle ties. The style retails for $785, while the very similar version from Ivanka Trump’s line – the Hettie heel – check in at $145.

Aquazurra’s suit with the Federal court in New York is based on the Wild Thing, a sandal featuring fringe along the front strap, which has seen a strong response and recognition. It alleges that Ivanka Trump’s Hettie, produced by Marc Fisher – the manufacturing company behind her line is a blatant rip off of the popular design.

The lawsuit states: “Seeking the same success Aquazzura experienced but without having to put in the hard creative work, defendants resorted to knocking off plaintiff’s popular designs.” And the company is seeking an injunction (forbidding Trump to continue selling the design), a report of the defendants’ profits of the shoe, plus damages and attorneys’ fees.

“Aquazzura is a young company that puts our heart and soul into our designs,” said Jean-Michel Vigneau, CEO of Aquazzura. “We have brought this suit to protect the integrity of our designs, our hard work and to avoid consumers from being deceived.
“If a company is allowed to use designs that they did not create, which consumers recognize as Aquazzura, then the original designs are compromised. We are confident that the law will not allow the type of copying that we have seen here.”

But Trump and her team are already fighting back and slamming any claims of copyright infringement. Matthew Burris, CFO of Marc Fisher, released the following statement to People: “This is a baseless lawsuit aimed at generating publicity. The shoe in question is representative of a trending fashion style, is not subject to intellectual property law protection and there are similar styles made by several major brands. The lawsuit is without merit and we will vigorously defend ourselves against the claim.”

In the fast fashion market, fringe sandals are a popular style this season, and other brands like Steven Madden and Asos have also released similar styles.

At a press event earlier this week Trump described the overall purpose of her brand saying, “The reason that I started this brand is that I thought that there really wasn’t relevant product for millennial, working women that is trend-right yet appropriate, that was acceptable from a price perspective but also quality, and that there was a real opportunity to fill that void. So, we wanted to create beautiful pieces that were appropriate for work, but also transitioned with our very active, multi-dimensional women through the arc of their day.”

It can be difficult for apparel and accessories labels to successfully argue a copyright infringement case, but it has not stopped brands from trying to protect what they believe is theirs.

French footwear and accessories label Christian Louboutin’s attempt to protect its red soles by registering them as a protected brand has been turned down.
The Swiss Federal Administrative Court ruled in a statement published May 12 that the red soles are merely a decoration, rather than a brand, making them ineligible for a trademark. Christian Louboutin has been seeking sole ownership of its red soles, protecting itself legally from any copycat attempts